Travel and Destinations in Ethiopia

Ethiopia is the “Land of Thirteen Months”. It’s a magical country with ancient and spiritual roots, rich in significant religious history and that has a fabulous story to tell. The beauty of wild mountains is only surpassed by the awe-inspiring religious architecture that draws visitors to this amazing country. It’s where legends of the Ark of the Covenant live side by side and in harmony with ancient Islamic mosques.

Nestled in the highlands of northern Ethiopia you will find the spectacular Simien Mountains.  These majestic mountains seemed to have been hand-shaped by nature and are home to a rich cultural heritage. They now draw people here to learn about ancient religious sites and to witness the jagged peaks and seemingly endless vistas. The Simien Mountains are also home to a unique but endangered ecosystem, complete with rare and unusual animals like the Gelada baboon, Walia ibex and Ethiopian wolf.

The Rock-hewn Churches of Lalibela are monolitic churches located in the Western Ethiopian Highlands near the town of Lalibela, named after the late-12th and early-13th century King Gebre Mesqel Lalibela of the Zagwe Dynasty, who commissioned the massive building project of 11 rock-hewn churches to recreate the holy city of Jerussalem in his own kingdom

The Holy City of Harar

Harar is a city in Northeast Ethiopia near the border with Somalia and a great seat of Islamic culture. Its walled city dubbed “Africa’s Mecca,” is home to more than 100 mosques and is also considered the “fourth holy city of Islam”. Harar was built in the 16th century to protect the city against religious invaders. As you stroll down the city’s cobbled and narrow alleys, you will be greeted by friendly Harari women dressed in brightly coloured dresses.It won’t take long to be told about the legendary “hyena man of Harar”. 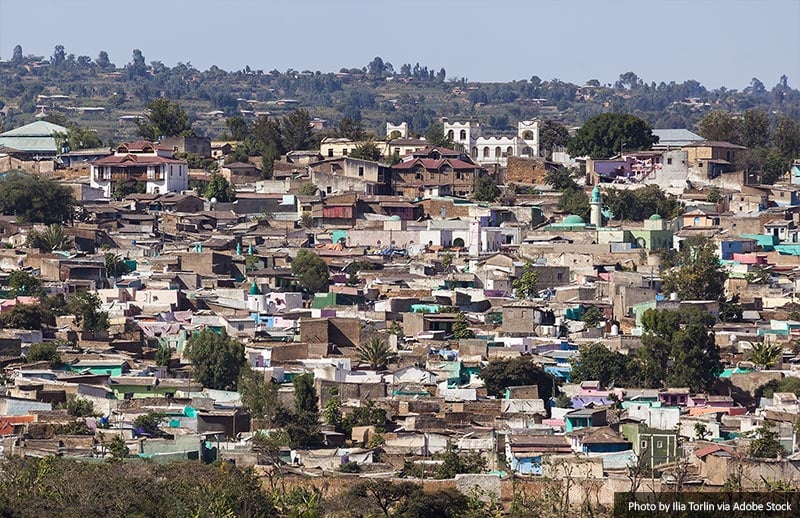 Nestled in the highlands of Northern Ethiopia, you’ll find the fabled city of Gondar. The castle was the medieval home to Ethiopian Emperors and Princesses who led the country for nearly 1000 years. Once you have reached the main site, check out the Royal Enclosure which is home to the main attractions in the city.

Addis Ababa is the fourth largest city in Africa and is the diplomatic home to the African Union. This vibrant city sits atop the Entoto Mountains and has both an African and international feel. Addis has a mystical aura that seems to act like a portal to the past. It’s a place where you can explore the beautiful orthodox churches and museums. Make sure to check out the National Museum where you will find the 2.3 million-year-old fossilized hominid “Lucy”. Also visit the Merkato, which is the largest open-air market in Africa. Here you’ll have your senses awakened with the smell of pungent spices and roasting coffee.

The locals call it Tis- Isat Falls (translated as “Smoke of Fire”) and it is the most impressive sight on either the Blue or White Nile. The falls stretch a quarter-mile wide during the flood season and drops into a gorge of more than 150 feet deep. You can see how the falls got their name because it throws up a never-ending mist that drenches sightseers from half a mile away. The rainbows produced are awe-inspiring and creates an Eden-like perennial rainforest of lush verdant foliage. You will not be alone in this paradise; the forest is home to a wide variety of monkeys and exotically coloured birds. 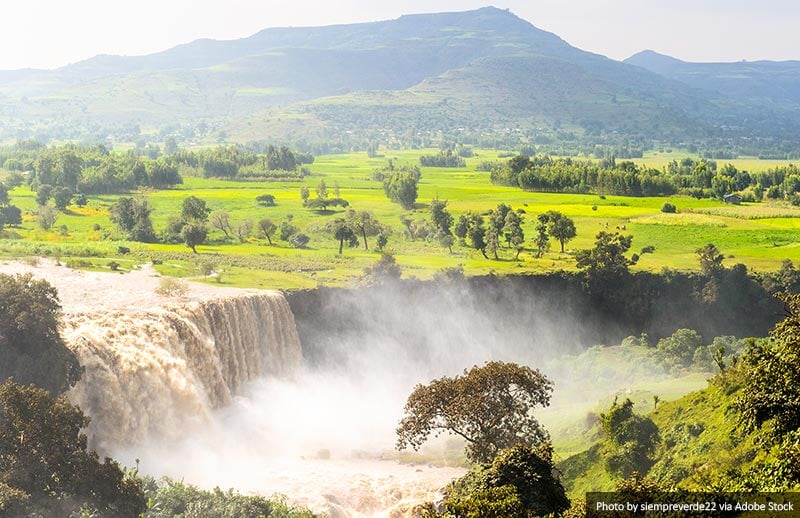 Head to Aksum and you will see more ancient history that you can imagine. Aksum is one of the oldest cities in all of Africa and is rich in legend and mystery. It is believed to be the home of the Queen of Sheba and the final resting place of the legendary Ark of the Covenant. Unfortunately, visitors are not allowed into the church where the Ark is said to be, but you can still check out the ancient Aksumite obelisks found in the Northern Stelae Field. 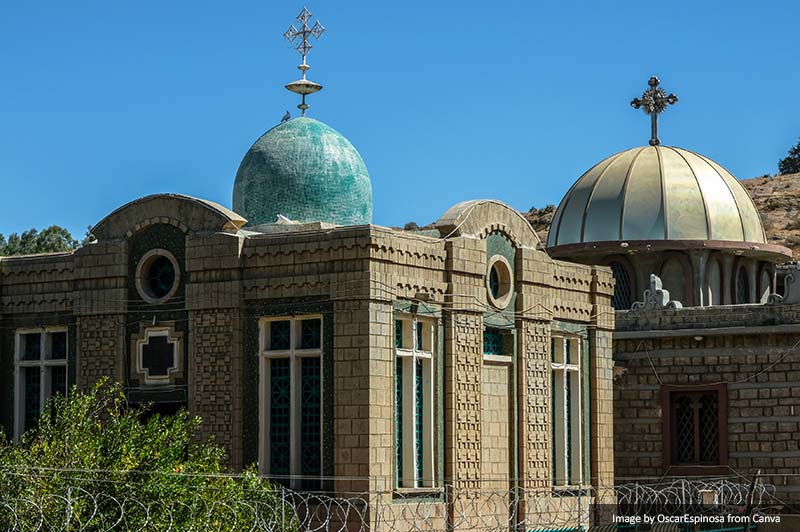 The most incredible sight in Arba Minch is the cliff top holy spot of Abuna Yemata Church. This rock-hewn church is found only after a mildly challenging climb up the sheer cliff wall.

The Depression overlaps the borders of Eritrea and Djibouti and is part of the great East African Rift Valley. It call this northeastern part of Ethiopia home and against all odds, have not only existed for centuries but still have a thriving community.Having said all that, this unearthly landscape is an incredible place to visit.

The People of the Lower Omo Valley

It is dependent on the Omo River to live as it feeds the dry savannah that supports the local communities. Each of the villages has their own customs and language and have lived basically the same lifestyle for centuries. They are proud people who adorn themselves in unusual body art and jewellery and cattle are vital to their existence. They are also very territorial and will fiercely defend their land and way of life. 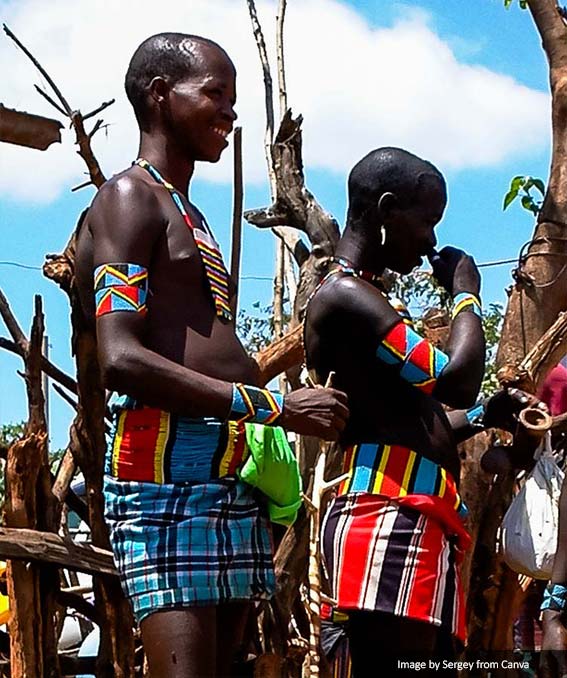